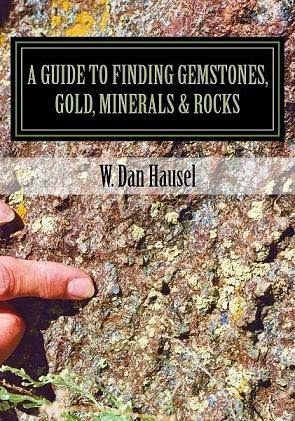 A 368-page book (2014) with color photos provides insight into the physical characteristics of raw gemstones, and even gives dozens and dozens of GPS locations for gemstone deposits in Colorado, Montana and Wyoming. This book should help improve your gem-hunting skills. Then the book takes you one step further - 'where no book has taken its readers before'. It provides hints on where gemstones are likely be found, likely leading the reader to new discoveries!

One prospector recently recovered several diamonds in a gold pan (including one of 5 carats) from a creek in Colorado after reading this book (Hausel, 2014), and also found diamonds in another creek in North Carolina based on the authors work (Hausel, 1998). The diamonds were verified at the University of NC.

Other gemstones described in this book includes a potentially large opal, agate and jasper deposit that likely occurs east of Casper, Wyoming (remains unexplored). This, and many other gems, is described in the book that will likely lead to more headaches for the BLM (bureau of land management)- you know, those bureaucrats who are suppose to work for the public, but somehow lost their way. Readers who obtain copies of the book, will have a big lead in finding gemstones, minerals and gold! So, do you want to find diamonds, gold, rubies, sapphires, jasper?

The book, released through CreateSpace, Amazon and other outlets on Monday, October 20th, 2014 and as of February 2015, prospectors were making finds in spite of global warming (with temperatures plummeting considerably below zero). Listen to what some prospectors and rock hounds report.

(1) One prospector reported recovering 30 diamonds in a creek recommended in the book along with one flawless diamond of 5.92 carats, making it the largest known diamond to have been recovered in the particular drainage basin. The diamonds were verified by a university in North Carolina. Before all is said and done, it is likely tens of thousands of diamonds were be recovered in this particular region.


(2) Another prospector found several lamprophyres (potential diamond-bearing rocks) and plans to sample them in the 2015 summer.

(3) Another found some rubies, sapphires and gold.

(4) Another reported finding a half-gallon of peridot gemstones!

(5) And yet another prospector found several colored (fire) opals with several precious opals.

(6) And still another (with his daughter), continues finding some of the highest quality labradorite and many fabulous pyropes, chromium diopsides, and peridots in southwestern Wyoming.

You can find more about gemstone hunting at the GemHunter website. And if you are interested in prospecting for gold, another book by the author gives similar information on gold deposits.

Now, these discoveries were made during the winter - imagine the discoveries that will be made in the upcoming summers.  I can hardly wait to hear more from my readers. 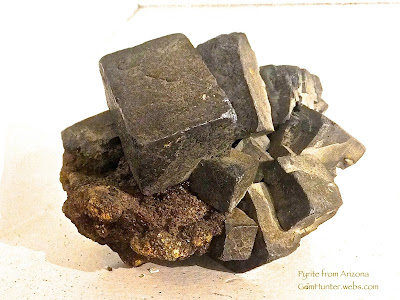 A 16-carat iolite from Palmer Canyon, Wyoming. I discovered iolite (water sapphire) at Palmer Canyon in 1995. The iolite occurred with ge...